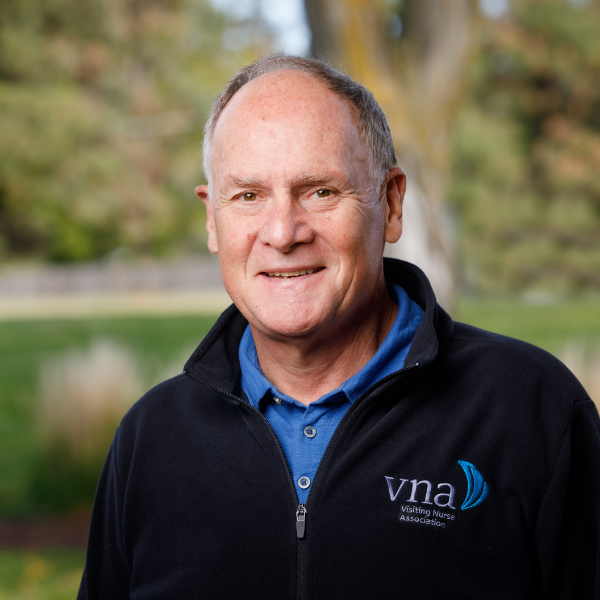 Jamie joined VNA in June 2004 with extensive years of leadership experience in both the home health and hospice care industry. His passion for home health and hospice care and his innovative leadership has guided our compassionate team of healthcare professionals to become the overwhelming choice for healthcare services in the home and across the community – no matter their age, station in life or available resources.

Under Jamie’s leadership, VNA has gained market share by both organic and inorganic growth. VNA merged with the VNA of Pottawattamie County in 2007 and with Easterseals Nebraska in 2012; assumed sole ownership of Hospice of Southwest Iowa, and secured a management services agreement with Methodist Fremont Health and established VNA Healing Motion Physical Therapy in 2013.

Jamie is active in the community and has developed partnerships with Nebraska Medicine and Nebraska Methodist Health System to enhance hospital transition to home, resulting in reduced re-hospitalizations and successful patient outcomes.

His commitment to compassionate, quality care and strong employee engagement has resulted in VNA receiving the following awards: Best of Omaha for In-Home Nursing Services for the past twelve years; Well Workplace Gold Award in 2008 and 2012; Patriot Award in 2011; Better Business Bureau Integrity Award in 2009 and 2016; HealthWyse Trailblazer Award in 2014; and a Business Excellence Award from the Greater Omaha Chamber of Commerce in 2017. Jamie was awarded the Dick Anderton Mentor of the Year Award from the Visiting Nurse Associations of America in 2013.

Prior to VNA, Jamie worked for Saint Mary’s Medical Center in Reno, Nevada as Vice President of Professional and Support Services including home care and hospice. Jamie received his Bachelor’s Degree in Education from Northwestern University where he also played Big Ten football. He received a Master of Science in Physical Therapy and Master of Arts in Education from the University of Alabama in Birmingham. Moving back to Chicago, he established his own physical therapy business that he eventually merged with a national healthcare provider and proceeded to establish home care businesses in nine different states. Jamie’s passion for home healthcare brought him to Omaha.

Jamie is a member of the VNA/ESN Board of Directors, Chair of the Hospice House – The Josie Harper Residence Board, Chair of Nebraska Association for Home Healthcare and Hospice, and past Chair of the Visiting Nurse Associations of America, Live Well Omaha and Nonprofit Association of the Midlands Boards.

Jamie and his wife, Maggie, have three children and two grandchildren.